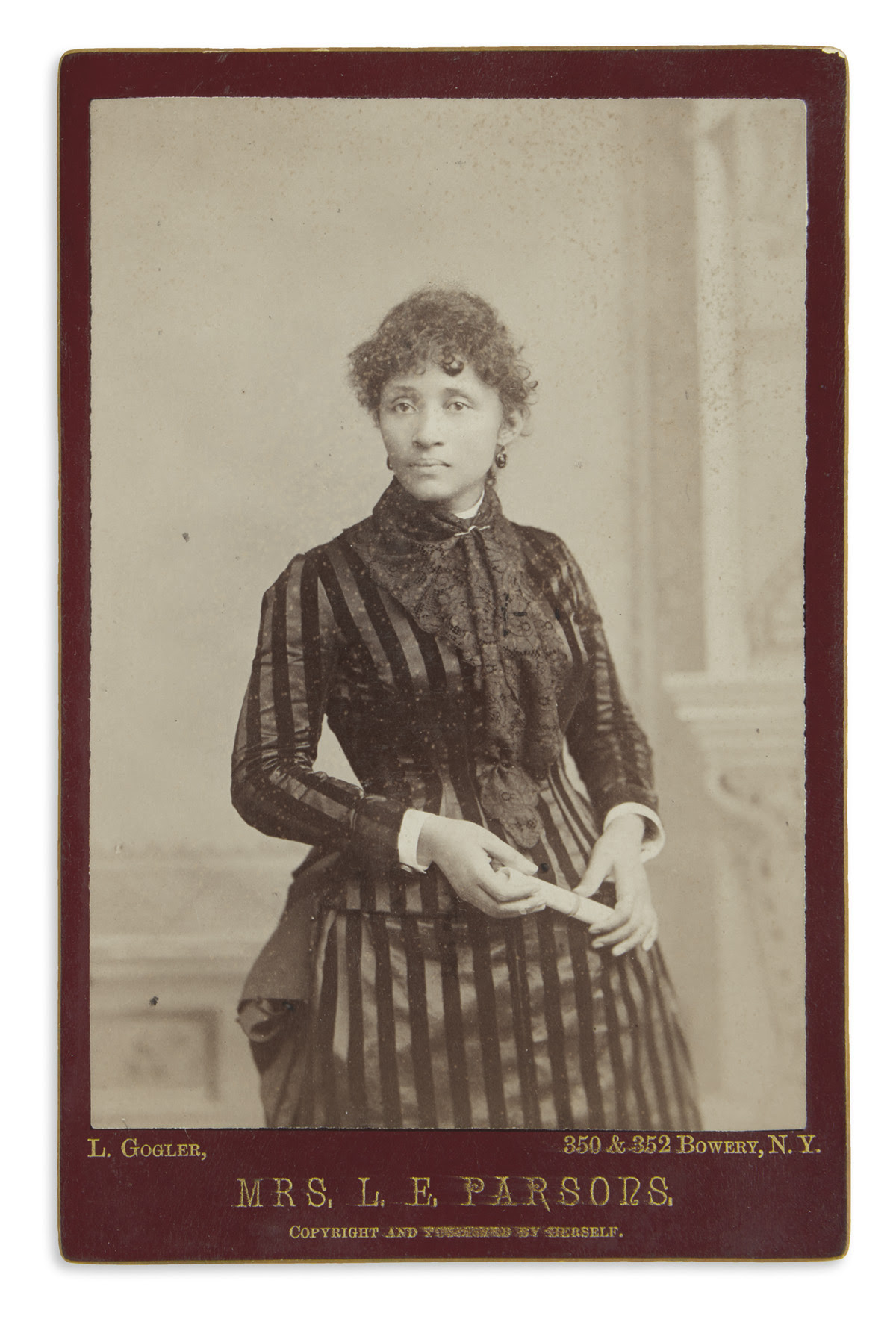 Lucy (or Lucia) Eldine Gonzalez was born around 1853 in Texas, likely as a slave, to parents of Native American, Black American and Mexican ancestry.

In 1871 she married Albert Parsons, a former Confederate soldier, and both were forced to flee from Texas north to Chicago by intolerant reactions to their interracial marriage.

Described by the Chicago Police Department as "more dangerous than a thousand rioters" in the 1920s, Parsons and her husband had become highly effective anarchist organizers primarily involved in the labor movement in the late 19th century, but also participating in revolutionary activism on behalf of political prisoners, people of color, the homeless and women.

In 1886 her husband, who had been heavily involved in campaigning for the eight hour day, was arrested, tried and executed on November 11, 1887, by the state of Illinois on charges that he had conspired in the Haymarket Riot – an event which was widely regarded as a political frame-up, and which marked the beginning of May Day labor rallies in protest.

While she continued championing the anarchist cause, she came into ideological conflict with some of her contemporaries, including Emma Goldman, over her focus on class politics over gender and sexual struggles.

In 1905 she participated in the founding of the Industrial Workers of the World.

Parsons continued to give fiery speeches in Chicago's Bughouse Square into her 80s, where she inspired Studs Terkel.

"The involuntary aspiration born in man to make the most of one's self, to be loved and appreciated by one's fellow-beings, to "make the world better for having lived in it," will urge him on the nobler deeds than ever the sordid and selfish incentive of material gain has done."

"Never be deceived that the rich will permit you to vote away their wealth."

"Strike not for a few cents more an hour, because the price of living will be raised faster still, but strike for all you earn, be content with nothing less."

"Anarchists know that a long period of education must precede any great fundamental change in society, hence they do not believe in vote begging, nor political campaigns, but rather in the development of self-thinking individuals."

"Can you not see that it is the INDUSTRIAL SYSTEM and not the "boss" which must be changed?"
Posted by Will Shetterly at 4:57 PM