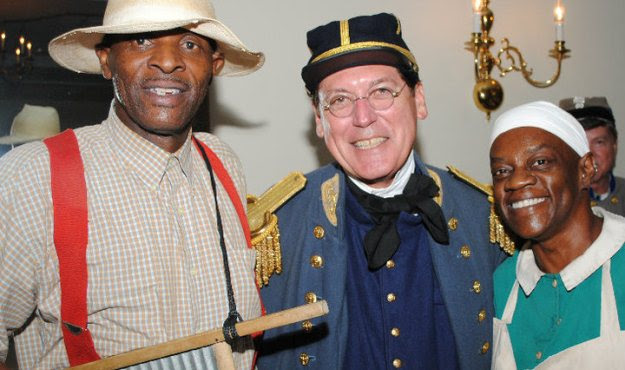 At South Carolina White Conservatives Show Their Racist Asses…Again (This is a Historical Constant, Actually…), Tim and I have started a discussion (and I am glad he hasn't banned me yet). Here's my latest comment there, which is currently in moderation:

I don't think I've ever said that racism doesn't exist separate from capitalism. Like Malcolm X, I think racism is a symptom of capitalism, so you shouldn't exclude it, but in rare cases involving individuals, it's appropriate to talk about racism exclusively. But anyone who is concerned with institutional racism should be concerned with the greater institution, capitalism.

I went looking for some context for those pics and found it here. The black performers in the picture are historical re-enactors who preserve Gullah culture.

I am amused that so many people upset about the picture don't know that Union generals wore blue. This picture could be interpreted as a celebration of the Union freeing the slaves. But based on the comments of the re-enactors, it was just about 19th-century Southern culture.

ETA: It may be a Confederate uniform with the color balance off. In the comments, serialbabbler found this pic: 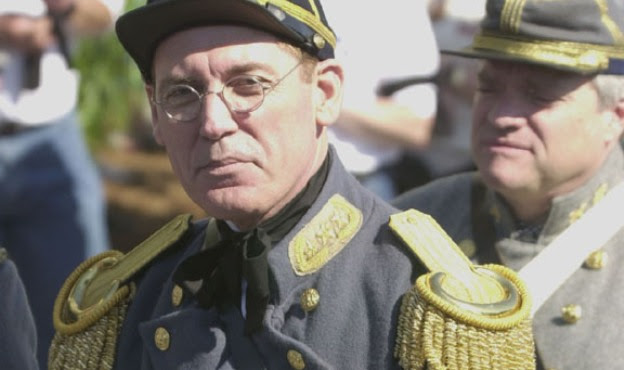