Airboy's Valkyrie is a kind of character who shows up too often in comics: the female villain who is so great that she ends up becoming a supporting character and love interest. In the first example, she ain't saving Airboy, but so what? 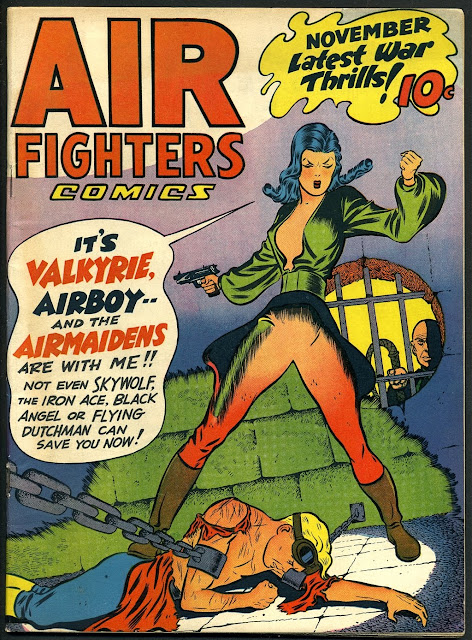 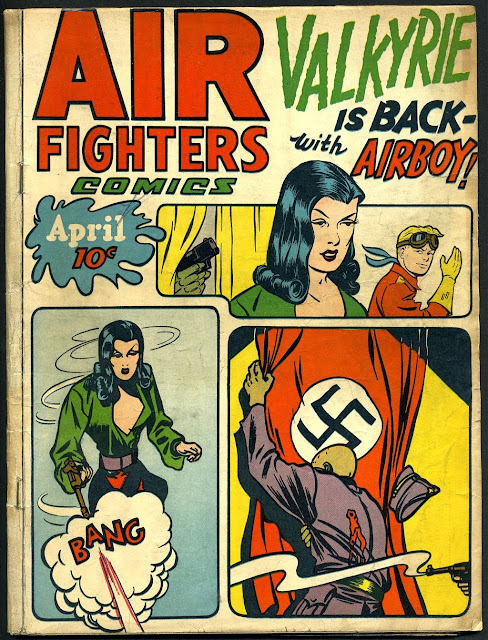 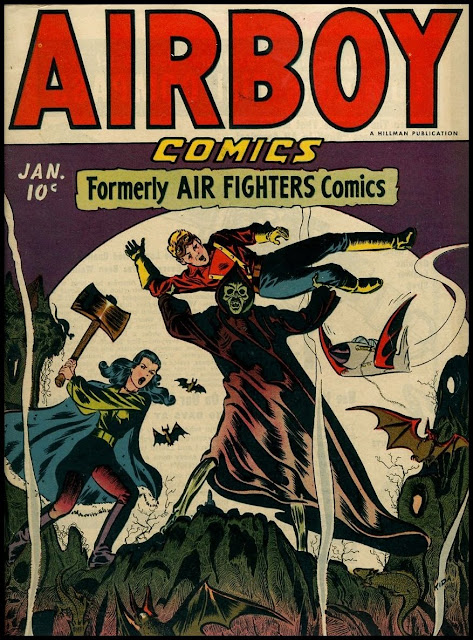 via Golden Age Comic Book Stories: Search results for airboy
Posted by Will Shetterly at 2:56 PM