An essay I'll probably never write: "the language of cartoons in propaganda". This, for example, has been called racist, but I think that's simplistic. If the artist had wanted to suggest that Germans were like Africans, he would've drawn an African in a German helmet. Or, as Freud didn't say, sometimes an ape is only an ape. 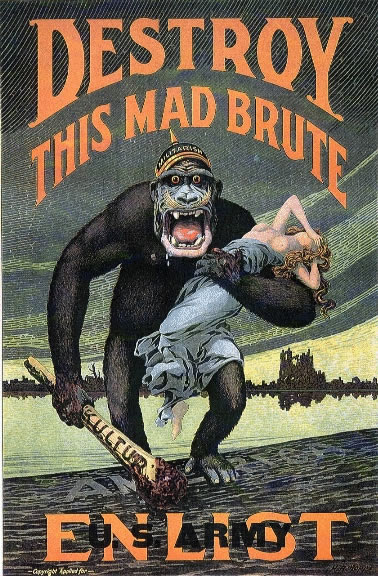