the conflicted soul of the antiracist: more Barry Deutsch

I was googling for cartoons criticizing antiracism, but I didn't find any I liked that I haven't already posted. (Not saying they don't exist. I got bored fast and stopped looking. Cartoons by antiracists tend to be painfully didactic.)

But in the search, I came across this, by Barry Deutsch, aka Ampersand. I like some of his work—I like his art a lot and I think he can be amusing when he moves away from identity politics. Like any antiracist, he wants to live in a fairer world.

But his love of identity politics keeps him from seeing the world clearly. This seems to be a recent piece: 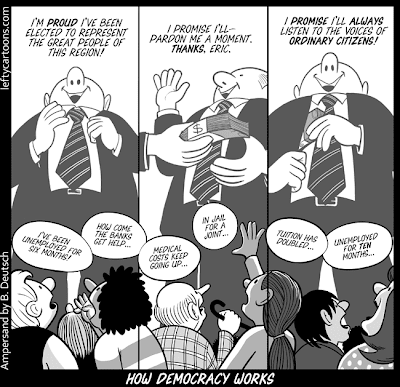 It would've had some bite if he had been willing to cast Obama. Instead, he made a cartoon that might've been scripted in the 1930s. Maybe he was afraid his antiracist friends would tell him using the president of the USA would be racist.

Or maybe antiracists would just explain that Obama has no choice when he caves repeatedly to the demands of the right.

Hmm. Have a bonus cartoon about the conflicted soul of the Democrat. 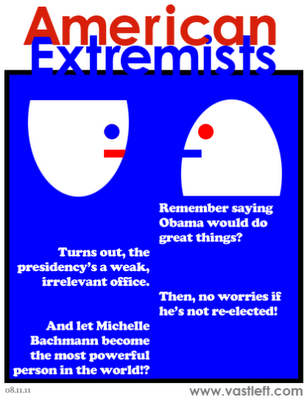 Posted by Will Shetterly at 1:58 PM