the latest "whites who criticize blacks are racist"

Identitarians scream racism whenever a white opponent criticizes a black who shares their ideology, so here's something they should like:Balloon Juice » The Modern Negrophobists reaction to the President’s speech.

I'm not sure which rhetorical failure is involved here. Ad hominem? Strawman? It almost deserves a category of its own: when you have nothing, cry racism or sexism.I especially admire Dennis G. combining Obama's critics on the right and left as "firebaggers". I wonder if Herbert Hoover's defenders wished they could accuse his critics of racism?

Though Dennis G.'s logic is wacky—were critics of Condi Rice and Colin Powell racist?—I like the old cartoon that he found: 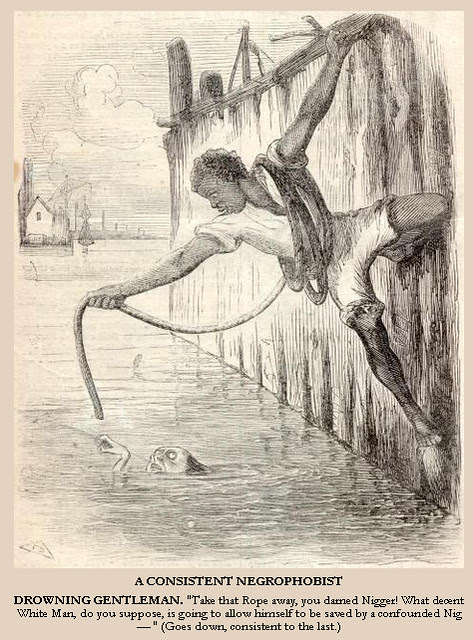 via Vast Left-Wing Conspiracy: Opposing Obama = racism
Posted by Will Shetterly at 11:51 AM