my mother gave me my heart

I got a call a little after 1am this morning saying that my mother had died in her sleep. It was expected, and it wasn't, because death is never completely expected, and because my mother had been told she had six months to two years to live about five years ago.

When I say she gave me my heart, I'm being purely metaphorical. She taught me how to love—none of my flaws as a pupil are her fault. She loved indiscriminately. Children naturally exaggerate the virtues or flaws of their parents, but I was always able to test my belief that Mom was a great mom by seeing how people everywhere adored her. One of the happiest periods of her life was after I had left home, when she and Dad and my sister Liz ran a trading post by an Ojibwe reservation in northern Ontario. When I think of Mom, I think of her looking like this, with this sort of smile of delighted surprise: 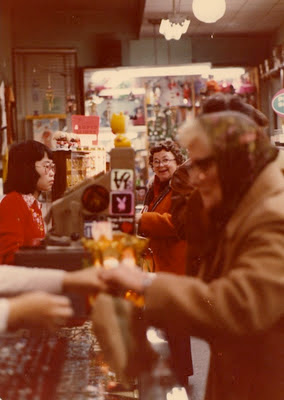 But when I think of Mom's spirit, I think of this picture, from long before I was born, when she was a WAVE during World War II: 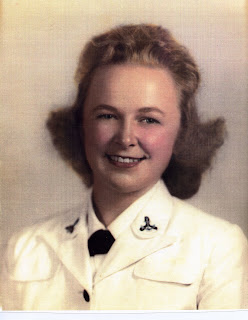 And shortly after the war, when she and several girlfriends drove through Mexico for weeks: 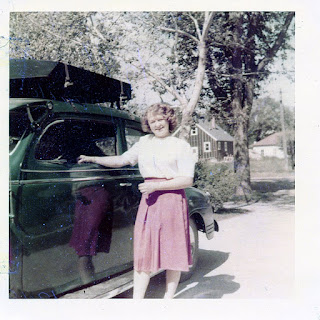 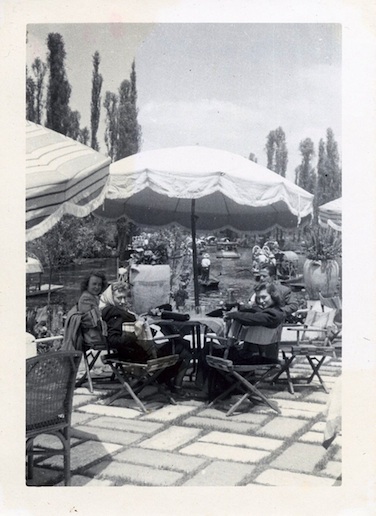 And when she married: 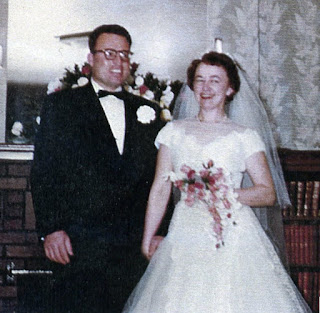 I wish I had more pictures of her at Dog Land in Florida, because she taught me about courage there. She was usually the photographer, but I've found one pic of her with Ranger, our beloved Kuvasz: 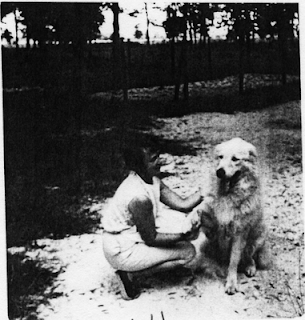 Mom was not brave in the sense most people imagine when they hear the word. Now that I'm an adult, I know why: she loved people, so she worried about them. When my family became involved in the civil rights struggle, Mom answered the phone and opened the mail to more than one death threat. They left her shaking, imagining what could happen to the people she loved.
But though she was terrified, she always did what needed doing.
There's a picture that I wish existed, but since it doesn't, I'll try to describe it:
A boy about four or five years old is playing in one of Florida's springs—maybe Manatee Springs, but I don't remember which. I'm clinging to a huge red plastic baseball bat that I'm using as a floating aid. I'm not supposed to go out where the water is deeper than my shoulders, because Mom never learned to swim and Dad must've told us to go have fun while he worked.
But maybe I was having too much fun, or maybe I just got caught in a current. I'm screaming as I cling to the plastic bat. The current is taking me under a little walking bridge, and I'm terrified of what's beyond it—I have no idea now if I was afraid there might be water moccasins there, or if the area was thick with water lillies and I was afraid of getting tangled up in slimy things. All I know is I was helpless and as frightened as any kid could be.
And Mom ran into the water in her street clothes and pulled me out.
I'm sure it wasn't the first time she saved me. I know it wasn't the last. All my life, I've known that in every way that mattered, my Mom was there for me, always.
at January 19, 2012 No comments: