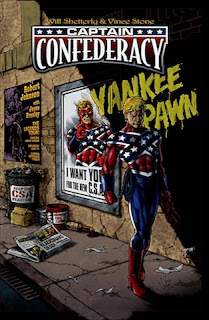 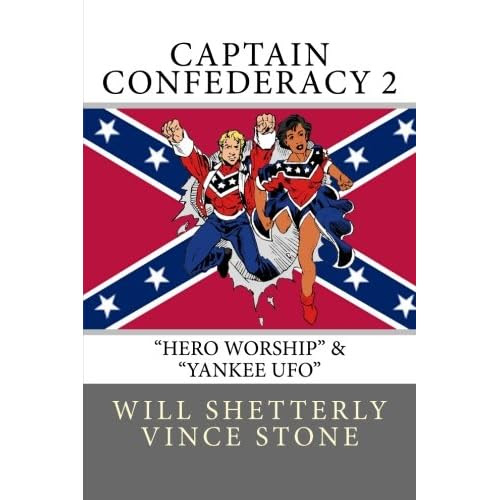 On the short list of things that make me proud is creating the first black female superhero with her own comic book series from a major publisher.

But when Vince Stone and I started Captain Confederacy in 1986, I didn't dream of that. My initial idea was simple: In an alternate universe where the South seceded, Captain America, a blond male patriotic hero with a shield, would be Captain Confederacy, a blond male patriotic hero with a whip. Then I started thinking about why someone would appear on TV wearing a country's flag, and I made Captain Confederacy part of a propaganda campaign to shape public sympathy—an idea that The American explored a year later—with enhanced abilities thanks to a serum that had been tested on black folks—an idea that Truth: Red, White and Black explored sixteen years later.

I set the story in a Confederacy that had given up slavery but kept people of color in second-class positions. When I made that choice, I knew I was making a simplistic assumption about what would happen if the South seceded. The economic and political pressures to end slavery were in place in the 1860s, and without the heavy hand of Reconstruction, the brutal backlash of Jim Crow might never have occurred. A successful Confederacy could have become a more enlightened place than the South that rose from the North’s victory.

Or it could have become worse. Southern slaveowners were multicultural—there were white, black, and Cherokee plantation owners—but they were united in their greed. As the South industrialized, they would’ve hunted for ways to keep slavery profitable. In the game of If, there are no correct alternate histories; there are only plausible alternate histories.

The critics have been kind:

"...plots are intricate and creative.... This is not a comic book for children." - Southern Magazine

"...excellent alternate-Earth science fiction." - Comics Buyer's Guide"Written with intelligence and no fear of controversy. Buy it!" - Graffiti "From the retooled Stars and Bars of Captain Confederacy's costume to the mapping of urban and rural southern places, the series takes up the symbols of the South and imaginatively reconstructs them, shaking loose the stock figures, geographies, and temporalities of southerness. If Octavia Butler and Kara Walker alter the meaning of the southern lady, Shetterly reconfigures the southern gentleman, unfixing his location in an idealized Civil War past, instead deploying him for a different understanding of our present." -Reconstructing Dixie: Race, Gender, and Nostalgia in the Imagined South, by Tara McPherson (Duke University)

The books can be bought at Amazon, but Vince and I get more of the cover price if you buy them at CreateSpace:

Ebooks are available too, at Barnes & Noble as epub files for most readers:

BARNES & NOBLE | Captain Confederacy 1: the Nature of the Hero

and at Amazon for the Kindle: