The earliest interracial kiss in a comic from a major publisher that I've found was in 1943, when Blackhawk kissed a Chinese woman: 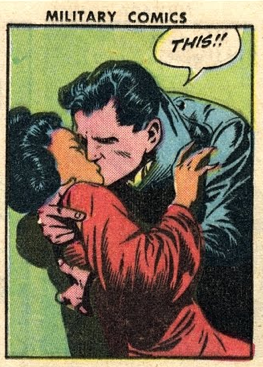 It's not quite what it looks like, though—the woman gets her dying wish, a kiss from Blackhawk.

Though they never kiss, there's a strong hint of interracial romance in a 1952 comic book of King Solomon's Mines. On the cover, a white man and a black man appear to be fighting for the love of a black woman. 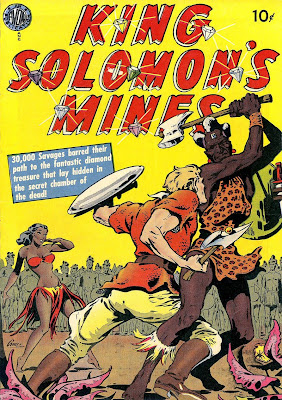 Sure, she's paler than the black guy, but she's still black in a time when interracial marriage was illegal in many states. As Gallup notes, only 4% of Americans approved of marriage between blacks and whites then, while 77% approved by 2007:

DC Comics missed a chance for a semi-interracial kiss in 1970 when Lois Lane became black for a day: 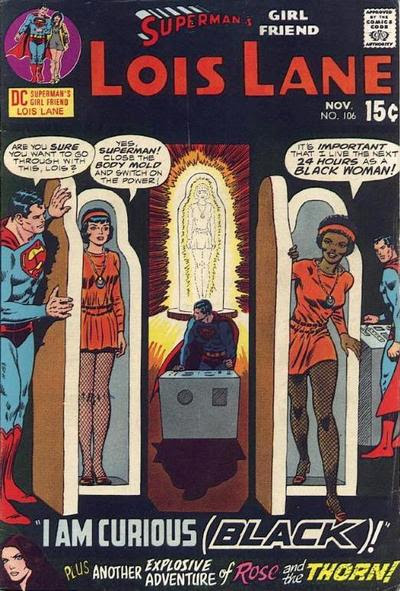 To give them a tiny bit of credit, they did have her ask if he could love her if she was black: 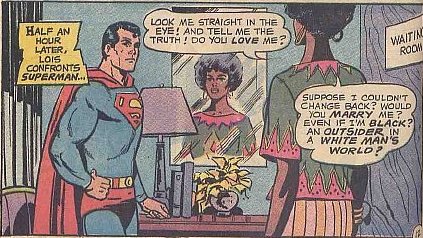 He responded with a variant of the standard superhero cop-out line of the time: "my enemies, blah blah, deadly danger, blah, blah..." (There's a copy of the full story here, but I only recommend it to folks obsessed with comics, race, and romance.)

The first straight-up romantic kiss in comics didn't come until 1975, in a Killraven story in Marvel's Amazing Adventure #31: 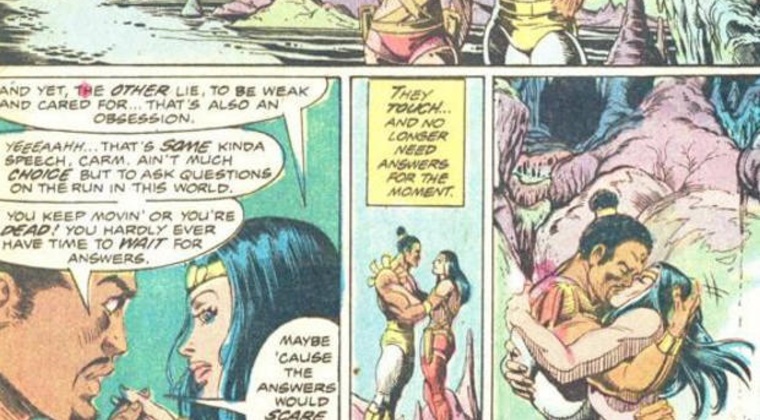 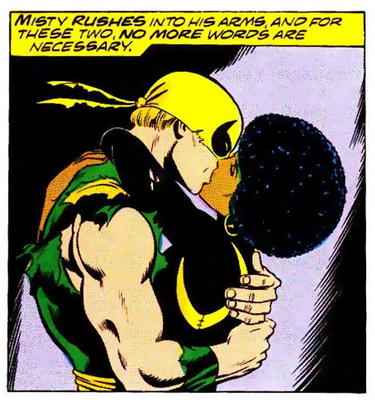 Posted by Will Shetterly at 7:28 PM