If the Justice League behaved like the online Social Justice community 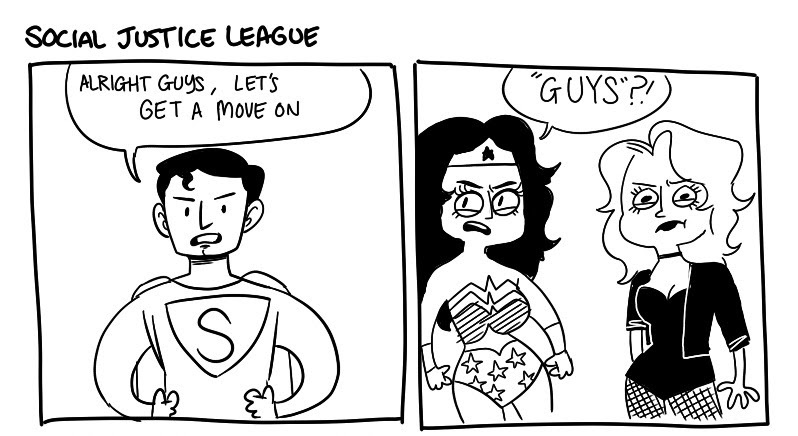 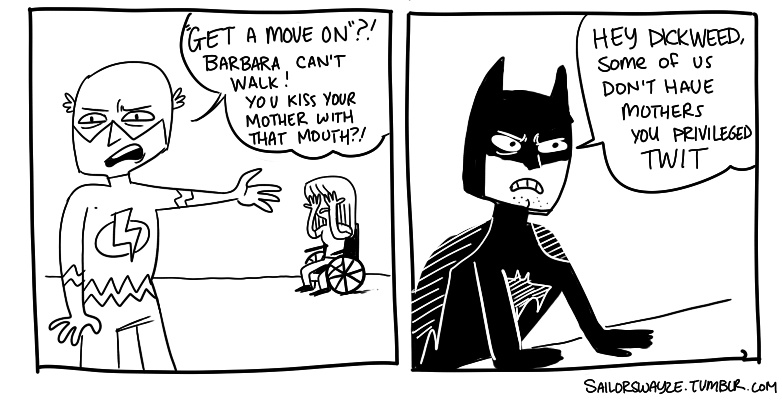 Language Wars : The New Yorker: "as David Foster Wallace points out in his essay “Authority and American Usage,” it’s not at all clear that “society’s mode of expression is productive of its attitudes rather than a product of those attitudes.” In other words, Wallace continues, it’s bizarre to believe that “America ceases to be elitist or unfair simply because Americans stop using certain vocabulary that is historically associated with elitism and unfairness.”

articles from Brendan O'Neill and Spiked


Grayson Perry: a class act | David Bowden | spiked: "the middle classes have grown increasingly obsessed with the impractical (expensive organic food) to advertise their ethical and financial superiority. ... The middle-class consumer – neither a producer or owner of capital – is obsessed with things which offer the security of the past while expressing a hostility and suspicion of the future, as the popularity of recycled and eco-conscious goods indicates."


Are we all racists and victims now? | Mick Hume | spiked

an old article about the Taxi Test

New York Targets Biased Cabbies in Sting - Los Angeles Times: "Glover said that he disagrees with the approach, charging that it victimizes cabdrivers without dealing with the issue of racism."

A few people who claim all white folks are racist

Daily Kos: University of Delaware reeducation?: ""[a] racist is one who is both privileged and socialized on the basis of race by a white supremacist (racist) system. The term applies to all white people (i.e., people of European descent) living in the United States, regardless of class, gender, religion, culture or sexuality.""


Joseph Harker: Of course all white people are racist | Society | The Guardian

Something is racist if anyone says it is, facts be damned

BBC News - More than 87,000 racist incidents recorded in schools: "A racist incident is defined as any situation perceived to be racist by the victim or any other person." That definition gives anti-racists a holiday.

Social Justice and the Aspie community

OASIS @ MAAP - What is Asperger Syndrome?: "The person is usually renowned for being direct, speaking their mind and being honest and determined and having a strong sense of social justice." It would explain why so many SJ types appear to have a "lack of social and emotional reciprocity and empathy."

smarter people are harder to correct


Research Shows That the Smarter People Are, the More Susceptible They Are to Cognitive Bias : The New Yorker

on caste and class

India woman is an 'untouchable,' with a Midas touch - Los Angeles Times

regarding Henry Louis Gates Jr. and the charge of police racism

DISORDERLY CONDUCT – NECIR | New England Center for Investigative Reporting at Boston University: "the analysis by the New England Center for Investigative Reporting finds that the most common factor linking people who are arrested in Cambridge for disorderly conduct is that they were allegedly screaming or cursing in front of police.

why good people do awful things

Psychology Of Fraud: Why Good People Do Bad Things : NPR: "Tenbrunsel says that we are frequently blind to the ethics of a situation.


Over the past couple of decades, psychologists have documented many different ways that our minds fail to see what is directly in front of us. They've come up with a concept called "bounded ethicality": That's the notion that cognitively, our ability to behave ethically is seriously limited, because we don't always see the ethical big picture.


One small example: the way a decision is framed. "The way that a decision is presented to me," says Tenbrunsel, "very much changes the way in which I view that decision, and then eventually, the decision it is that I reach. ... We like to help each other, especially people we identify with. And when we are helping people, we really don't see what we are doing as unethical."

a reason to despise elite universities


Sasha Abramsky: The Dope Dealer Who Got 55 Years | The Progressive: "Angelos is not a murderer. Nor is he a rapist, an armed robber, or a kidnapper. If he were, chances are he’d be staring down a shorter sentence than the fifty-five years he’s burdened with. No, he is a medium-scale Salt Lake City marijuana dealer who had no prior felony convictions."

L'Hôte: a few things: "They'd fight against injustice from afar, but wouldn't hesitate to chew out a waiter because their pancakes were too thin. "Townie" is the slur you keep in your pocket after a couple of semesters of cultural studies."

race, class, and the prison system

The Top 10 Most Startling Facts About People of Color and Criminal Justice in the United States: Useful, but as usual, they don't compare race with class.


The criminal justice system is not biased against the poor: "Nearly everyone commits crime -- only the poor are generally punished for it. "
Posted by Will Shetterly at 7:47 PM