It's not my best work, but I'll always be proud of writing Captain Confederacy, the first black female superhero to have her own series* from a major publisher, Marvel's Epic division: 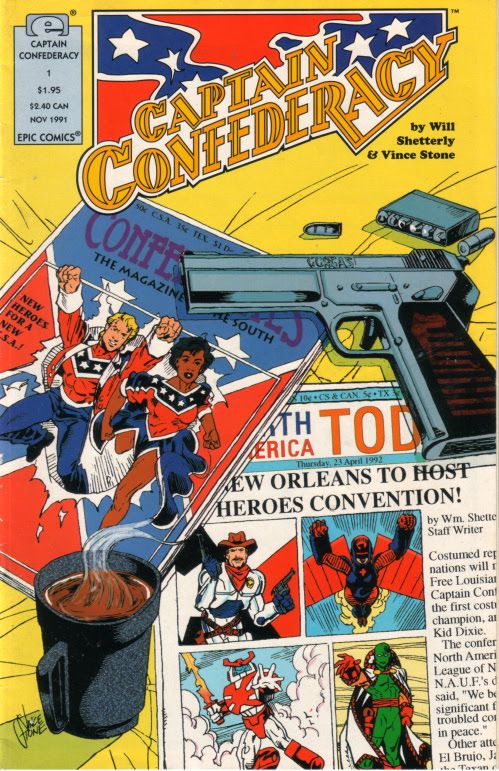 I forget how I came across the following fanvids, but discovering that Captain Confederacy is included makes me feel right chuffed.


Here's an interview about my comics: SHETTERLY CAPTAIN CONFEDERACY & CHARITY 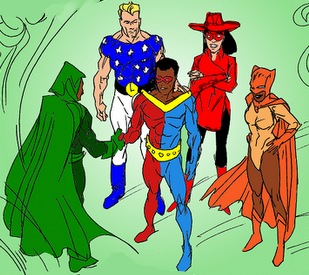 It probably will never happen, but I'd love to do more with those revamped public domain characters someday.

And here's an interview with Vince Stone (‘Captain Confederacy’ artist) | staplegenius.com(ics): "Lessons learned from Star Trek? Be open to different experiences, be tolerant of others and if that doesn’t work – launch photon torpedoes!"

* Marvel's Monica Rambeau, their second Captain Marvel, was the first black female superhero who had her own comic from a major publisher, but it was a one-shot special issue released to secure Marvel's trademark on the name:

Still, she should've been in the Avengers movie. Just sayin'.

ETA: Strange factoid: two of the first black female superheroes were sound-alikes, Bufferfly and Bumblebee.
Posted by Will Shetterly at 11:44 PM