Do gun laws make it safe for white people to kill darker-skinned people?

In her Continuum GoH Speech, N. K. Jemisin says, "Right now there are laws in places like Florida and Texas which are intended to make it essentially legal for white people to just shoot people like me, without consequence, as long as they feel threatened by my presence." 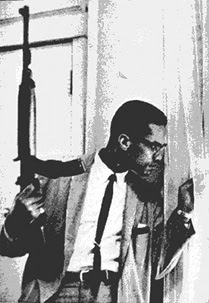 So would the Black Panthers. From Fred Hampton's Power Anywhere Where There's People:


Huey Newton went and got Bobby Seale, the chairman of the Black Panther Party on a national level. Bobby Seale got his 9mm, that's a pistol. Huey P. Newton got his shotgun and got some stop signs and got a hammer. Went down to the intersection, gave his shotgun to Bobby, and Bobby had his 9mm. He said, "You hold this shotgun. Anybody mess with us, blow their brains out." He put those stop signs up.

Tell me there are problems with "stand your ground" laws, and I'll agree with you in a second. George Zimmerman should've been found guilty of second degree murder, and it's a tragedy that the jurors felt Florida's law prevented them from convicting him.

But the idea that those laws are racist misses the point. So long as the US's class system is racially disproportionate, teasing out what's racism and what's class-prejudice is difficult, but what's clear is that stand-your-ground laws favor property owners.

George Zimmerman's killing of Trayvon Martin is presented as a narrative in white and black. What's missing is the full-color story: A black youth was killed by a Hispanic adult in a multi-racial gated community suffering from many foreclosures. Say it's about race, and you miss at least half of the story.

Who benefits from Stand Your Ground laws? Criminals by Jim Mitchell

No, Blacks Don't 'Benefit' from Florida's Stand Your Ground Law by Philip Bump

Shooting of Trayvon Martin - Wikipedia: Best overview of what happened that I've found.

The Secret History of Guns - Adam Winkler: "The Ku Klux Klan, Ronald Reagan, and, for most of its history, the NRA all worked to control guns. The Founding Fathers? They required gun ownership—and regulated it. And no group has more fiercely advocated the right to bear loaded weapons in public than the Black Panthers—the true pioneers of the modern pro-gun movement."
Posted by Will Shetterly at 9:52 AM