Identitarian watch: Is Malala a role model for every little girl?

The question's asked at G I Z TO THE I B E ♪ ♡, "malala is a role model for EVERY LITTLE GIRL.. 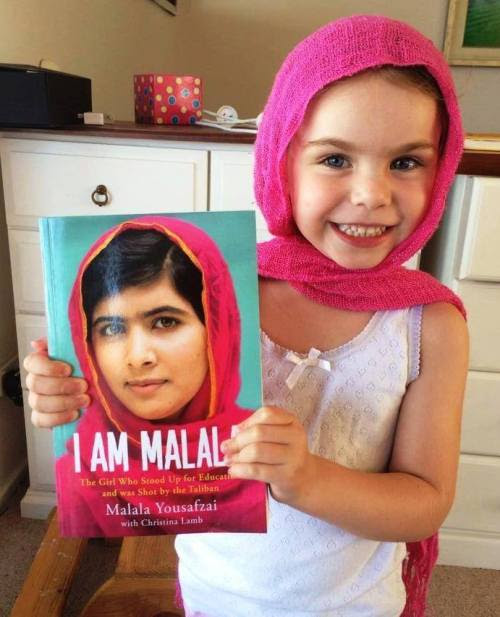 Her answer is no. Because appropriation. Full answer:


no no n
o
no no fuck stop it
it is not regardless of race and religion
she is a role model SPECIFICALLY for muslim little girls around the world. little white girls around the world have TONS of role models. everywhere. literally all over television, books, you name it. admire Malala, yes. that’s not what is being said. do not take something that is meant for a specific culture simply because you want it.

Oh, identitarians. Must we all give the Roman alphabet back to the Romans now?

ETA: Just commented elsewhere: "Who doesn't love a little girl who's inspired to dress up like Malala? It takes a powerful ideology to rant about appropriation instead of saying, "You go, girl!""
Posted by Will Shetterly at 10:33 AM