I haven't looked into the background behind Brianna Wu declaring her opponent is privileged, but I don't think this requires context: 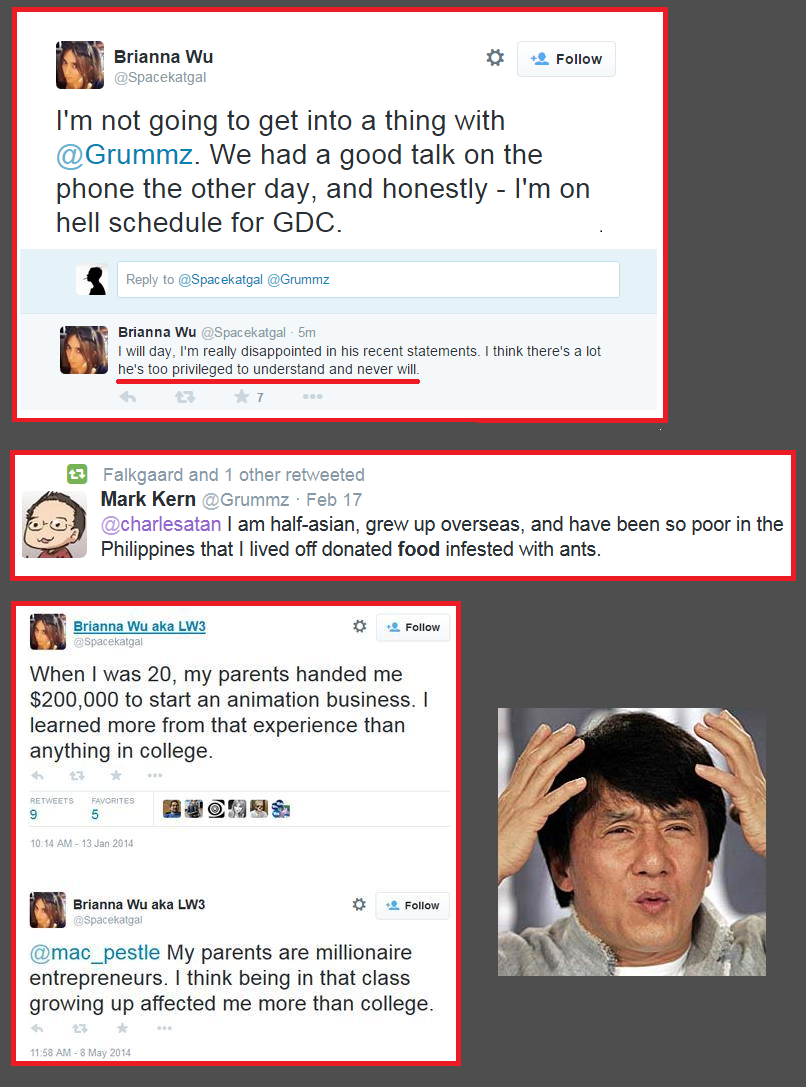 Privilege Theory lets the privileged feel like they're Robin Hood instead of Prince John.

There's a great deal more about Wu's privileged past at a conservative site: The Wacky World of Wu: The Tortured History of Gamergate's Self-styled Feminist Martyr.

ETA: Warning about the link to the conservative site: the writer's a gay conservative who uses language that will upset some transfolk. I never mean for a link to imply endorsement of a writer's views, but that's especially true here. So far as I'm concerned, transfolk deserve no more shit for their identity than anyone else does.
Posted by Will Shetterly at 1:46 PM