If Bernie Sanders is the face of white racism, maybe racism is over after all 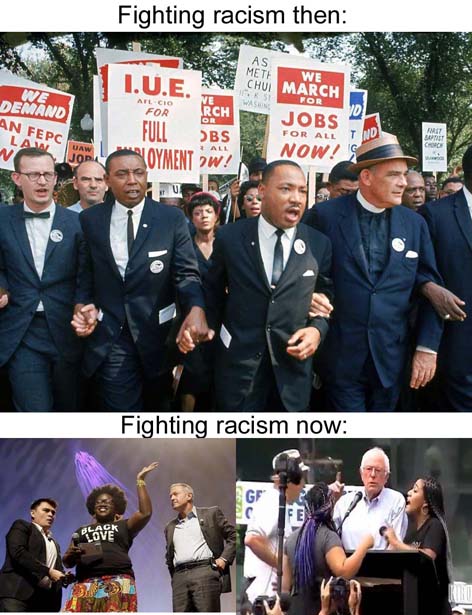 I've never been able to find anyone other than Bill Bennett who believes "racism is over", but when I look at the targets of the #BlackLivesMatter protesters, I think that if that's the best they've got, maybe it is. If I cared about racism and the Democratic Party, I would go after someone who opposes raising the minimum wage, which would disproportionately help black folks since poverty is racially disproportionate, and someone who has not indicated they would be open to Martin Luther King's issue, Basic Income. Yet Hillary Clinton has been given a pass by #BLM.

A handy list of white victims of police abuse, or Why #BlackLivesMatter should be #AllLivesMatter

Posted by Will Shetterly at 7:44 AM

Email ThisBlogThis!Share to TwitterShare to FacebookShare to Pinterest
Labels: All lives matter / Excluded by intersectionality