Liavek 5 is now available! Four stories and four songs for only $2.99! 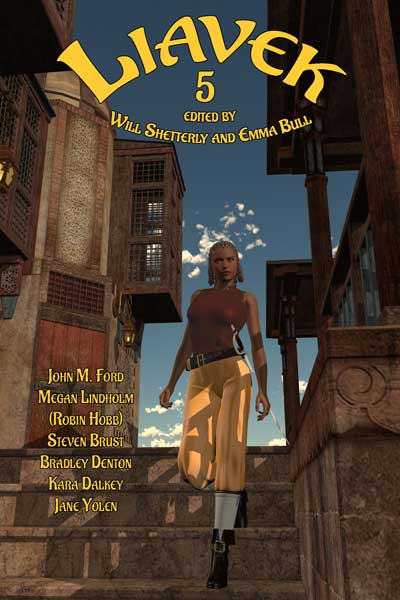 "An Act of Mercy" by Megan Lindholm (Robin Hobb) and Steven Brust
''The World in the Rock" by Kara Dalkey
"Baker's Dozen" by Bradley Denton
"Green Is the Color" by John M. Ford

Smashwords - Liavek 5: Wizard's Row
Posted by Will Shetterly at 1:53 PM