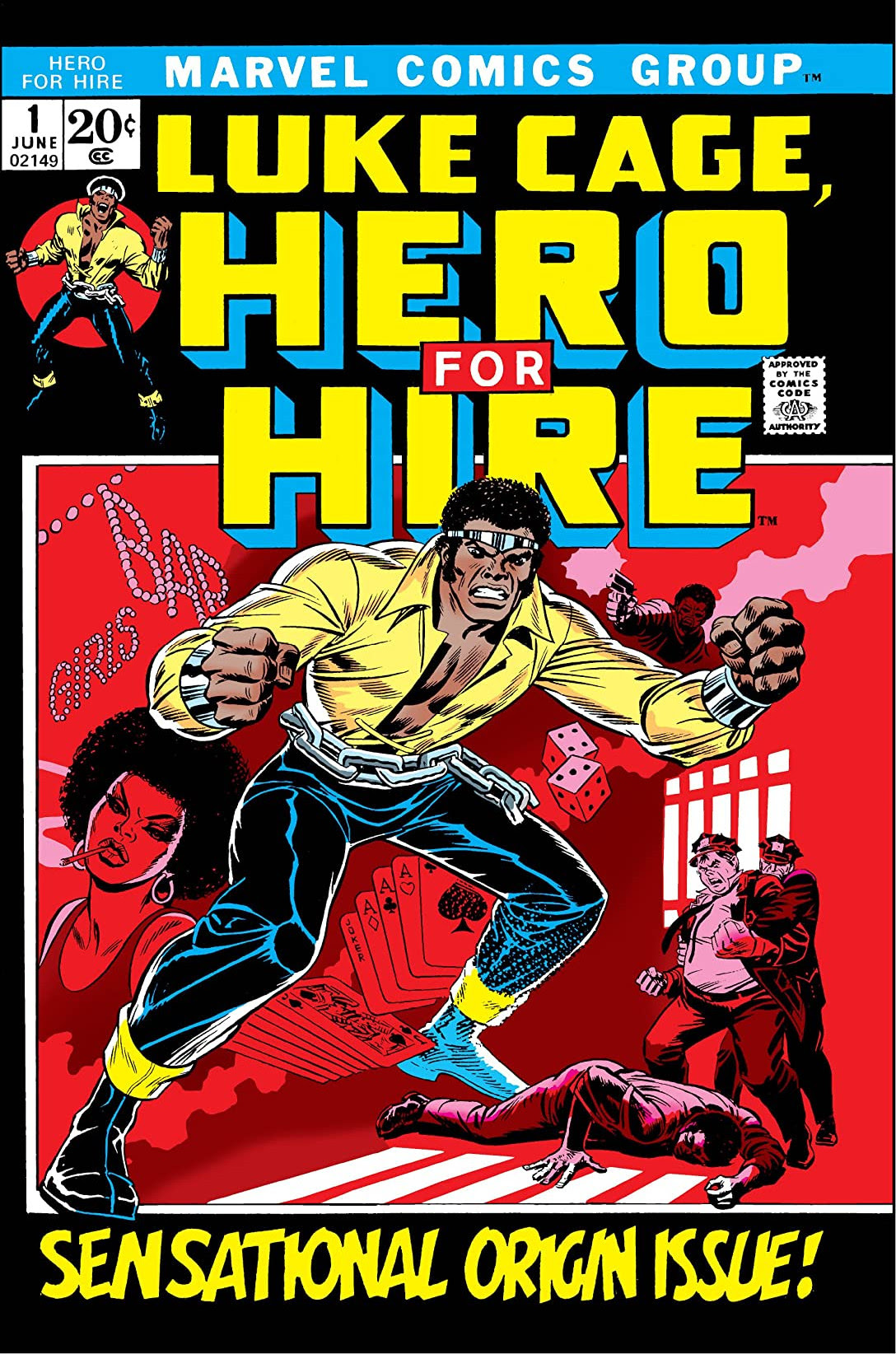 When talking about race and Hollywood, I have to say I know I'm hardly a typical white viewer—I marched in Florida as a child in the '60s to end segregation, I graduated from a Washington, DC public high school that was something like 70% or 80% black, and most relevant when discussing Luke Cage, I went to theatres in black neighborhoods of DC in the '70s to see blacksploitation and kung fu films, and I bought every issue of the comic as it came out.

When the clickbait articles began showing up about all the racist response to the show, I was extremely skeptical. After reading a couple, I see there are actually two kinds of responses:

1. Some white people wonder why there aren't any white people in the show.
2. Some white anti-racism theorists are declaring they're having to confront their racism in order to be better allies.

To which my first response was, "It's Luke Cage! What do you expect?"

But my second response is those people are probably sincere. Privileged people may be the most racist Americans because rich neighborhoods tend to be more racially segregated than poor ones. It's probably perfectly natural for some white people to wonder about a show that doesn't have any significant white characters, but that may only mean they're ignorant, not racist.

And really, it's Luke Cage! What do you expect?

I continue to think the uproar is primarily about the clickbait for two reasons:

1. In 2008, more white people voted for Obama than had voted for a Democrat since Jimmy Carter.

2. 'Luke Cage' Is So Popular that It Crashed Netflix This Weekend.

ETA: 3. Iron Cage: 'Luke Cage' Series Got Priority Because Of His Popularity On 'Jessica Jones'.

Possibly relevant: Interracial romance in comic books
Posted by Will Shetterly at 6:38 PM