3. The Rebel Jesus - The Childhood and Appearance of the Son of the Father

Matthew says when Jesus was twelve, he and his family went to Jerusalem to celebrate Passover. Joseph and Mary began to go home, then realized Jesus was not with them. They spent days hunting for their missing son. They found him in the Temple courtyard, sitting with the religious teachers. 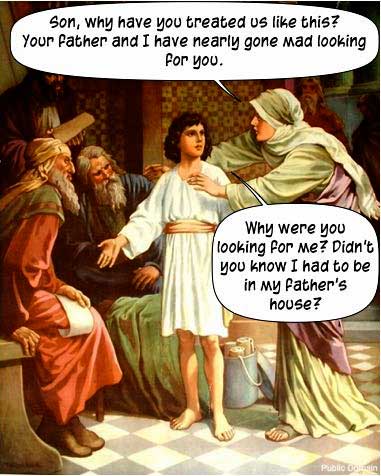 The Aramaic word for father, Abba, was a common name for God. Jews still use it when they recite the kaddish, the traditional hymn of praises. The Bible mentions a rebel named Barabbas—Bar Abba is Aramaic for “son of Father.” The Essenes called themselves sons of God. When Judean rebels used the term, it separated them from the Romans who worshiped many gods.

The Bible does not say what Jesus looked like. Being the son of a Palestinian woman, he would have had dark skin and dark hair.


The Bible does not say how he dressed or wore his hair. In Mark’s Gospel, he’s called a tekton, a builder, and in Matthew, the son of a builder. His hands would have been hard from labor. He may have cut his hair short in the Greek and Roman fashion like most Judeans of the time.

But Palestine had holy men called nazirites who let their hair grow long. Some took vows to live as nazirites for a period of time. Some, like the Bible's Samson, lived as nazirites their entire lives.
The Bible says Jesus was called the Nazarene because he came from Nazareth. But early Christian writers may have failed to understand that he was a Nazirite, a long-haired son of God. Or he may have been both a Nazirite and a man from Nazareth.
Long hair did more than identify a holy man in Palestine. It showed the world he rejected the ways of Rome.
Posted by Will Shetterly at 8:00 AM