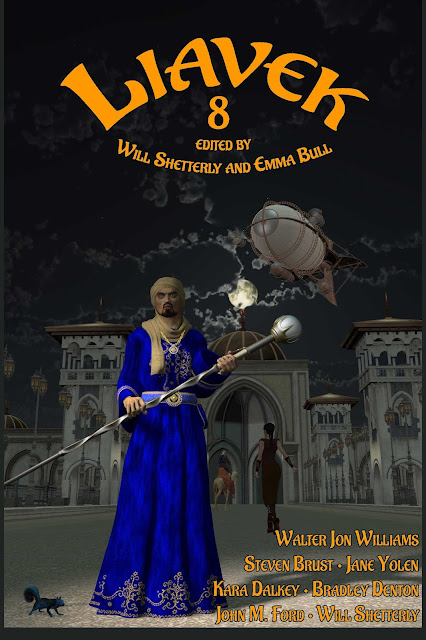 In the City of Luck, luck runs wildest in Festival Week.

"Consequences" by Walter Jon Williams
"As Bright as New Coppers" by Bradley Denton
"A Hot Night at Cheeky's" by Steven Brust
"A Prudent Obedience" by Kara Dalkey
"The True Tale of Count Dashif's Demise" by Jane Yolen
"Six Days Outside the Year" by Will Shetterly
and six Festival Week poems by John M. Ford

These stories were first published in the out-of-print paperback anthology, Liavek: Festival Week.
Posted by Will Shetterly at 12:08 PM