Identitarians Don't Do Metaphor, or Why Jim C. Hines Banned Me


I blocked WS after he “joked” about punching me in the face.

I was told—yes, fandom is a hive of gossips—about this recent tweet, in which he shared a pic of part of an older interchange: 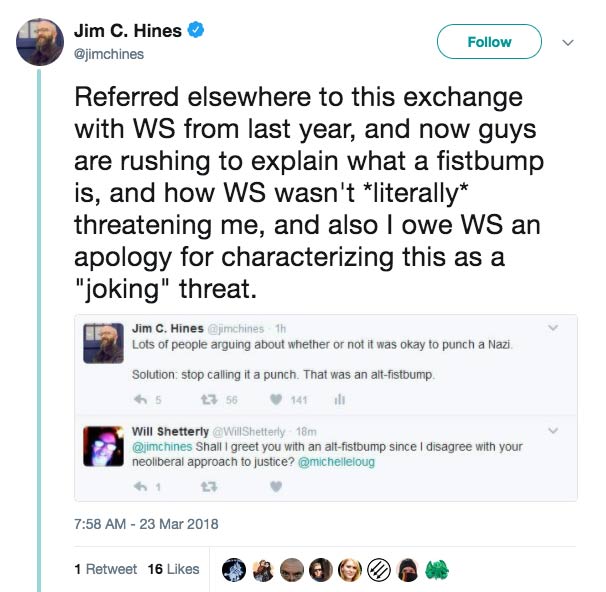 I googled "@jimchines alt-fistbump" and found more that amuses me. After he blocked me, he shared a more complete screen cap—and now I'm sharing a screen cap that includes the screen cap he shared: 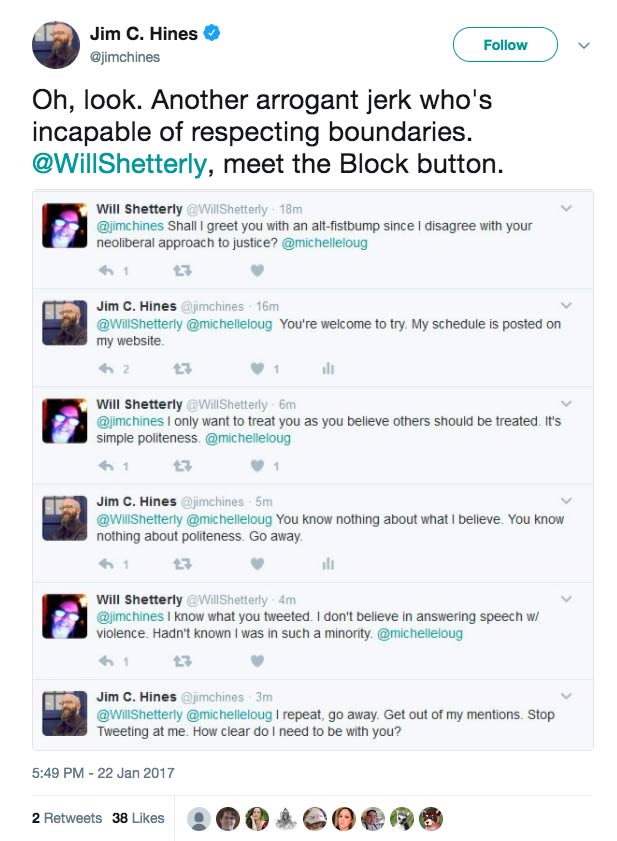 I would love anyone who issued a challenge to Richard Spencer to fight. But why anyone would make a hero of an anonymous coward in a mask who hit someone from behind and ran away, I will never understand. Hines' idea of heroism is clearly not mine. I prefer people like Malcolm X, who faced his opponents and only used violence when they did.

ETA: To understand Hines' reference to people trying to convince him that I had not threatened him, see the comments at Pixel Scroll 3/22/18 And The Pixels Were All Kept Equal By Hatchet, Ax And Saw | File 770. You'll also find this revealing quote by Hines:


Shetterly responds by suggesting he should alt-fistbump me, using the phrase I just defined to mean punching someone in the face. You claim this is not a threat of violence. (Even though you think it *was* a threat when I posted my Tweet.)

Do I seriously think Shetterly would try to punch me in the face? Probably not. His reply to me was more empty bluster than anything.

I now know another thing Hines does not grasp. "Bluster" calls for more than asking if I should greet him in the way he endorses.
Posted by Will Shetterly at 8:13 PM