The hardest thing to understand is an idea you accepted before you knew you could question it. Like most of us, I was taught to be nice while I was learning to speak. For decades, I had the vaguest idea of the differences between niceness and civility, but watching people rage at the idea we should be civil has helped me see how very different niceness and civility are, and why people who value niceness may hate civility, and why some, like me, may come to think that niceness is a refuge for hypocrites.

Niceness and civility are both forms of politeness, yet they're as different as grape juice and wine:

Nice people think respect means being gently deferential to social superiors like parents and bosses and celebrities they admire.

Civil people think respect means treating others as equals, no matter how different their circumstances or views.

The nice person's impulse to defer can make them respond nicely to something mean. Then they regret it and say something like "I don't know why I stepped aside" or "why I didn't slap him", and their friends assure them "it's because you're too nice." "Too nice" is a gentle rebuke that nice people use to remind each other that sometimes nice people must be rude for two reasons: a nice person's rudeness tells a mean person that they are not being nice, and it tells other nice people that the nice person is defending niceness.

At its most extreme, the belief that niceness does not need to be shown to mean people results in something many nice people will deny: mobs often consist of nice people. The jurors in the Salem Witch Trials were thought nice by their neighbors, as were the people who blacklisted suspected socialists during the Red Scare, as are the people who join in mobbing online and off.

The civil person's impulse to treat everyone as an equal can inspire nice people to take offense when they think a mean person is being treated with insufficient contempt or a superior is being treated with insufficient deference. The Quakers are a famous example of the latter: their insistence on politely treating nobles as equals made nice people think Quakers were not nice—which was true. Quakers were not nice. They were civil. They may've seen the difference between civility and niceness in the Bible. Luke 6:32-33 points to it:

Many of history's worst monsters were nice—Hitler's secretary, Traudl Junge, said he was "a pleasant boss and a fatherly friend". Niceness is called a virtue, but it shouldn't be—responding nicely to nice treatment is a trait we share with many species. The true virtue is civility, which calls for overcoming our tribal desires for vengeance and treating all others as full members of the human community.

PS. If you think you cannot protest injustice and be civil, look to the example of the civil rights heroes.

Another difference: Nice people think nice people don't lie, so they believe nice people who accuse others. Civil people think accusations should be examined thoroughly before deciding guilt.
Posted by Will Shetterly at 9:28 AM

Opponents of civility do not understand it. Civility is not niceness or etiquette or deference or loving your enemies. It is only the most formal form of politeness. It calls for treating others as your equals when you think they are not. It is loved by diplomats and hated by people who love war. Its purpose is not to prevent hard discussions—it’s to enable them.

Historically, the left and right embraced civility for one reason: it's effective. The civil rights workers of the '50s and '60s were always civil when they engaged in civil disobedience because they knew three things the modern left has forgotten:

1. Civility lets you speak with the people you need to convince. Martin Luther King said, "We will not obey unjust laws or submit to unjust practices. We will do this peacefully, openly, cheerfully because our aim is to persuade."

2. Civility makes your side look good and the other bad. The heroes of the civil rights movement did workshops before engaging in civil disobedience to help protesters stay civil under the worst provocation:


The key to the sit-in is non-violence, but it takes a tough inner fiber neither to flinch nor retaliate when, occasionally, hooligans pick on the sitters-in to discourage them or provoke them into some violent act. Fearing the stress on sensibilities and temper to which a sit-in could be subjected, the high school and college students of Petersburg, Va. studied at a unique but punishing extracurricular school before they attempted sitting-in.

In the course, which they ironically call "social drama," student are subjected to a full repertory of humiliation and minor abuse. These include smoke-blowing, hair-pulling, chair-jostling, coffee-spilling, hitting with wadded newspaper, along with such epithets as "dirty nigger" and "black bitch." Anyone who gets mad flunks.

3. Civility is popular. In the recent example of a business owner expelling a Republican, "72 percent say it is wrong to eject someone from a restaurant for their political views."

Bernie Sanders is the country's most popular politician. This principle is one reason why:

If you have to vent, vent in private with friends. In public, keep your eyes on the prize. 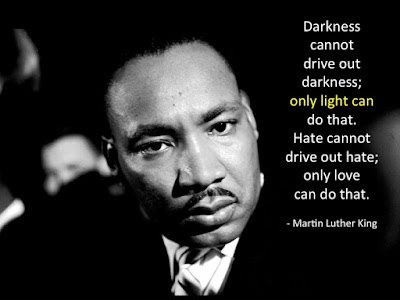 Here's Malcolm X pointing out that you can respect people and oppose them too:


Civil often suggests the barest observance of accepted social usages, as in the avoidance of rudeness: "Mr. Bingley was unaffectedly civil in his answer, and forced his younger sister to be civil also, and say what the occasion required" (Jane Austen)

An example of feminists doing more damage to their cause than any antifeminist could: Feminist Cringe.

Email ThisBlogThis!Share to TwitterShare to FacebookShare to Pinterest
Labels: civility

On the Hidden Figures movie, and the inadequacy of the white savior/magical Negro distinction

Finally saw Hidden Figures, a movie I meant to see on opening day and just kept running into reasons to put off.

The quick take: Great movie. If you care about space flight or civil rights, see it. The casting is perfect, the directing is solid, the script is quietly competent.

But what I want to talk about is a moment that choked me up for a long minute after I asked Emma to pause the film, the "passing the chalk" shot when the white administrator gives the chalk to the main character so she can show everyone what she can do.

Some people say Costner's character is a white savior, but it makes as much sense to say he's a magical Negro: he's a supporting character whose purpose is to help the main characters. Supporting characters never have room to be fully realized: all we know about Costner's is that he claims to have a wife, but we never see him at home, so the wife could be imaginary or his name for a male lover, or anything the viewer cares to assume, because Costner's character's only purpose is to support the star. He does an excellent job, managing to be both gruff and understated simultaneously, but what's noticeable about his performance is no different than what's noticeable about traditional "magical Negro" performances: the actors take simple parts and make them memorable, even though they have less to do than the stars.

Hidden Figures is not a profound movie. It is better than that: it is an honest movie that deserves its success.
Posted by Will Shetterly at 12:56 AM

Email ThisBlogThis!Share to TwitterShare to FacebookShare to Pinterest
Labels: reviews

The medical form asked if I was being insulted or mocked

I filled out a questionnaire at the doctor's today—I went because I seem to be losing my hearing in one ear—and quickly realized the form was meant to find out if people needed help and were hesitant to ask for it. One of the questions was about whether you get insulted or mocked. There wasn't an option for "Yes, I talk about politics on the internet", so I checked no.
Posted by Will Shetterly at 8:42 PM 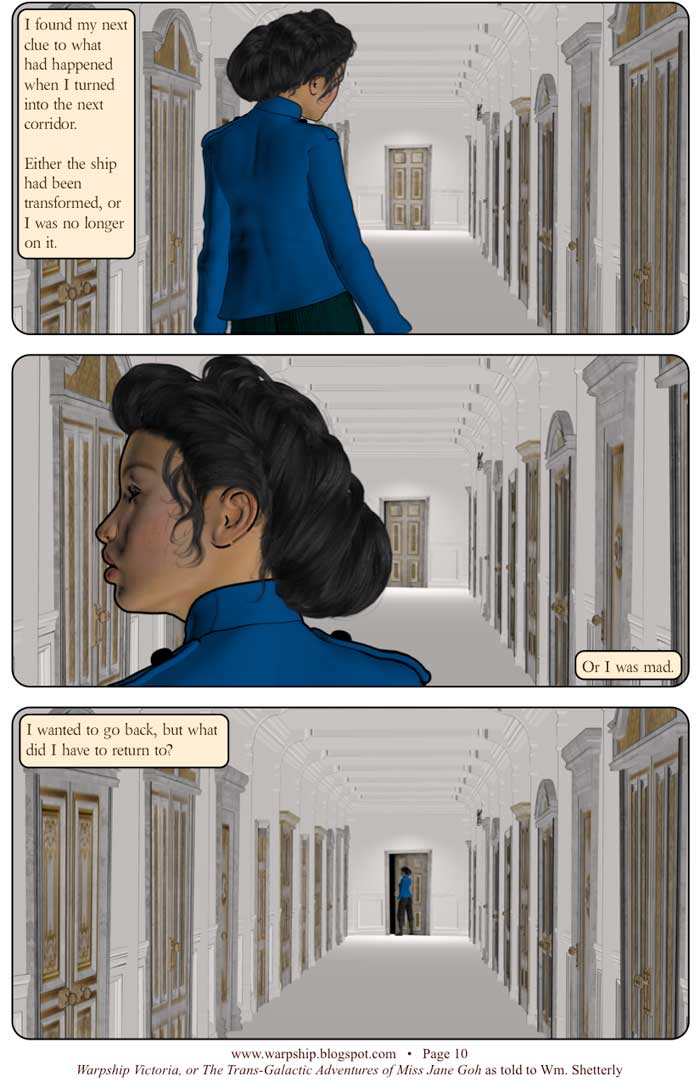 The teaser on this blog ends with this installment. The story continues at Warpship Victoria.
Posted by Will Shetterly at 12:00 AM