Orwell on virtue-signalling and toothpaste-sellers


Here's the beginning of Orwell's review of a forgotten book by a self-described supporter of Indian independence which both defines and describes virtue signaling in something like a pure form. Unfortunately, it's not available as text so can only post an image from google books. It's enough to give an idea-which is that even back then, the same tendencies being discussed above were apparent to Orwell and, evidently, prevalent, in his opinion at least. 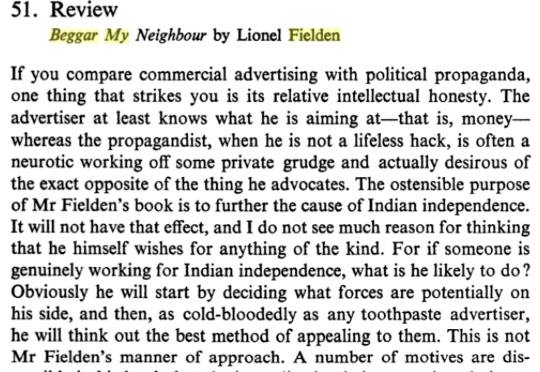 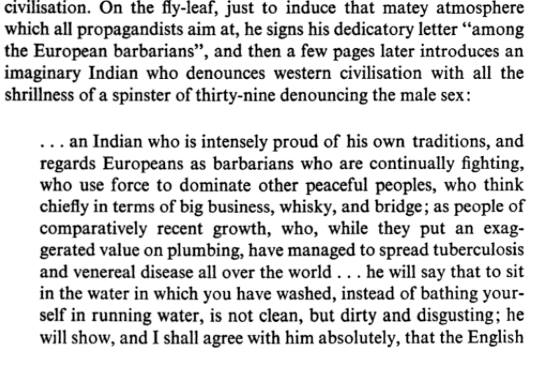 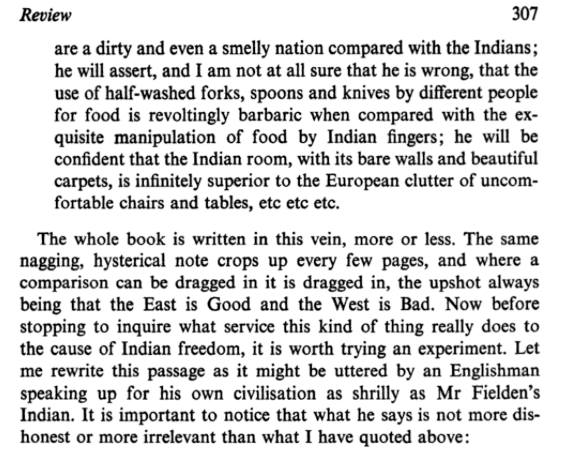 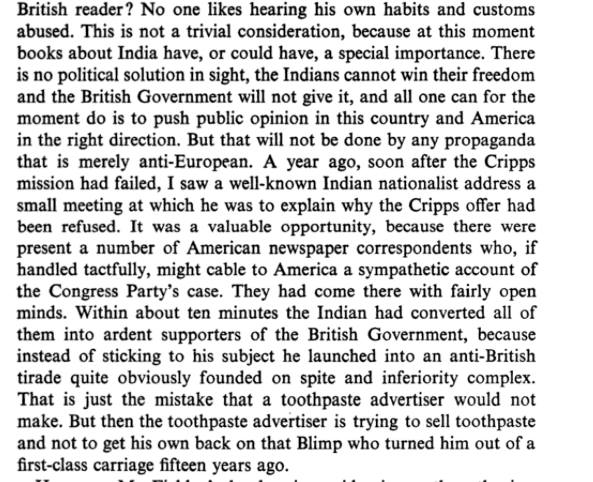 Bottom line: much of what passes for politics is not in that politics, by definition involves convincing others in order to change their views and behavior. But it is clear from both the content and tone of the passages such as the above that that is *not* the intention. Thus, it must have a different objective-and that's where the term "virtue signaling" comes in and is useful.

I had always thought that virtue-signaling was something one did for others, so the community would accept you and the mob would not make you its next victim. But as Orwell explains it, it's as much or more something you do for yourself, to tell yourself you are a good person though you know you have lost. All believers in a Lost Cause act this way, and their fellow believers appreciate it.

I recommend the discussion that follows this at John's post.
Posted by Will Shetterly at 12:37 PM