In a different universe, DC Comics published the first book with a black female superhero as the headliner, but in our universe, their plan for a Vixen series in 1978 was cancelled at the last minute, not because of racism or sexism, but because DC was facing financial hard times, so they cancelled all their new books and a few existing ones as well.

In our world, these are the first three superhero comics named for their black female leads. 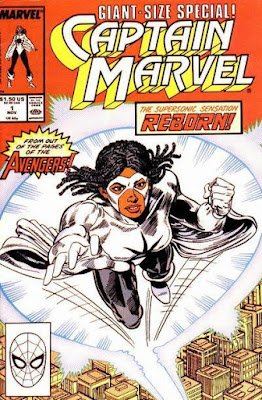 Marvel’s Monica Rambeau appeared in a one-shot issue that was released to protect Marvel’s trademark on Captain Marvel's name. 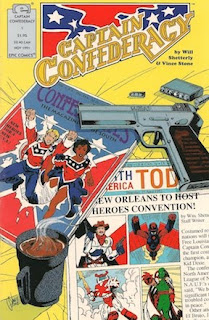 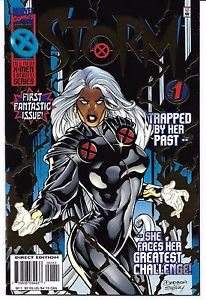 Bonus! In 1990, Martha Washington was the star of Darkhorse Comics' Give Me Liberty and deserves to be remembered in any history of black female comics heroes, but she was a science fiction character, not a superhero, and the book wasn't named for her, so she's only a footnote in this particular list.

ETA: To put this in perspective, Miss Fury and the Invisible Scarlet O’Neill  had their own newspaper strips in 1941, and Sheena and Wonder Woman were given their own books in 1942.
Posted by Will Shetterly at 10:44 PM