"If you give me six lines written by the hand of the most honest of men, I will find something in them which will hang him." —attributed to Cardinal Richelieu

I was canceled ten years ago. This isn’t the anniversary quite yet—it’s in March. The occasion was a huge flamefest in the science fiction community called Racefail 09, which I think of as RaceReductionistFail—the participants hated mentioning class so much that one of them made it a square in a bingo card for identifying racists. 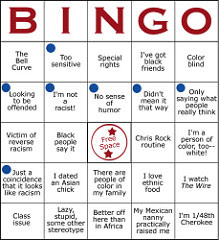 I tried to sell a book after I was canceled, but even though I’d recently been a finalist for the World Fantasy Award, I had no luck. One young editor was so excited about it and so sure there’d be no problem that she told my agent she wanted to buy it, but then a higher-up vetoed her. I’ve been fighting depression ever since and have pretty much lost my interest in the field I had loved. Depression is common after mobbing or canceling or whatever you want to call it. So are suicidal thoughts. And so is suicide. One of the targets of cancel culture, Mark Fisher, killed himself. Another, Freddie deBoer, fled social media to stay sane. I’m going to follow his example for a month.

What Fisher, deBoer, and I have in common is a class-first approach to understanding privilege under neoliberal capitalism. Another class-first socialist, Adolph Reed, said this:


I’ve been struck by the level of visceral and vitriolic anti-Marxism I’ve seen from this strain of defenders of antiracism as a politics. It’s not clear to me what drives it because it takes the form of snide dismissals than direct arguments. Moreover, the dismissals typically include empty acknowledgment that “of course we should oppose capitalism,” whatever that might mean. In any event, the tenor of this anti-Marxism is reminiscent of those right-wing discourses, many of which masqueraded as liberal, in which only invoking the word “Marxism” was sufficient to dismiss an opposing argument or position. ... This sort of thing only deepens my suspicions about antiracism’s status within the comfort zone of neoliberalism’s discourses of “reform.” More to the point, I suspect as well that this vitriol toward radicalism is rooted partly in the conviction that a left politics based on class analysis and one focused on racial injustice are Manichean alternatives.

Reed is right. Identitarians on the right and left realize universalist politics are existential threats. They have to do everything they can do destroy heretics, and therefore left identitarians have abandoned traditional leftist values like free speech. They think they wield Satan's tools in God's service and fail to see that when they do, Satan laughs. They often quote Audre Lorde's "the master's tools will never dismantle the master's house" without noticing that censorship and identitarianism are two of the master's favorite tools.

If I could go back to 2003, I would tell myself to keep my blog and stay away from LiveJournal, Facebook, and Twitter. Blogs are places to think. Social media are places to react.

Freddie deBoer has been doing stealth blog posts—-they appear and disappear quickly. This bit from today’s speaks to me:


As someone who went from frequent (to the point of pathological) engagement on Facebook, Twitter, and Instagram to none quite suddenly, this plays out in very odd ways. I am not a news-avoiding monk; I certainly pick up, in time, on what’s going on in national news. But I find it deeply disorienting to speak with people who are compulsively online, as they refer to dynamics and debates that appear totally obscure and unimportant. My generic response to “what’s your opinion on X?” is “…what?” And it’s not merely that people are steeped in this culture, but that they appear unaware that anyone isn’t a part of it. That would be disturbing in general; when it comes to journalists, I find it truly troubling.

While I agree it’s wrong to think of life offline as “the real world”, life online is only the real world in the same way academia or prison or the wealthy 1% is the real world: those who primarily live online inhabit a tiny, isolating piece of the real world. It’s too easy for people to forget echo chambers may comfort and enrage,  but they cannot provide the truths you do not know you need.

So I’m stepping away from Facebook and Twitter for a month. I’ll still use them to share blog posts and news that’s either personal or professional, but I’ll look for my distractions elsewhere, and what I have to say, I'll say here.

P.S. I'm reading this now: Ten Arguments for Deleting Your Social Media Accounts Right Now by Jaron Lanier
Posted by Will Shetterly at 12:08 AM